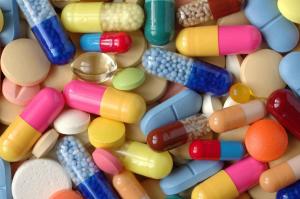 “Over the past five years, Japan’s central government has made great strides in streamlining the approval process for new drugs and medicines. The reduction in the so-called drug lag has led to a drastic improvement in approval times for medicines available to patients in other countries.

According to the European Federation of Pharmaceutical Industries and Associations (EFPIA), other government measures including an “innovation premium” have also helped get new and innovative medicines into the hands of Japanese patients.

How can Japan become a more dynamic market for pharma companies to invest in?

The first important message is that investment is becoming more competitive. Pharma companies invest a lot into emerging markets, so we’re competing with resources to get investment into Japan. The reason Japan is attractive is it’s a fairly predictable environment and innovation is rewarded ….”      (EUROBIZ  Japan)

Great update on the “Pharma” Market in Japan!!

Reducing the “drug lag” and supporting the introduction of new (Innovative) Medicines will definitely give a boost to this growing market in Japan, attract investments from EU (foreign) Pharma companies as well as being beneficial to Japanese patients. What do you think?

Why Japan? JETRO’s take on the subject

Why Japan? : 5 reasons to invest in JAPAN (according to JETRO)

Read more from:  Why Japan?

Incentives for promoting investment in Japan

For us, Japan is also a formidable Retail Laboratory for your B2C Products/Services and a key gate to Asian Markets !!!

According to you, what would be other good reasons?

“Japanese microbiologist Satoshi Omura on Monday shared this year’s Nobel Prize in medicine for his work on a therapy for debilitating diseases caused by parasitic worms.

The 80-year-old Omura, a professor emeritus of Tokyo’s Kitasato University, shared the honor with William C. Campbell of Drew University in New Jersey and Youyou Tu of the China Academy of Traditional Chinese Medicine.” (Japan Times)

“Japanese physicist Takaaki Kajita was announced as a joint winner of the 2015 Nobel Prize in physics Tuesday for his groundbreaking work in experiments showing metamorphosis of the particle world.

Kajita, of the University of Tokyo, shared the prize with Arthur B. McDonald of Queen’s University in Canada.

The Nobel committee said it honored the 56-year-old Kajita and McDonald, 72, “for the discovery of neutrino oscillations, which shows that neutrinos have mass.”

“The discovery has changed our understanding of the innermost workings of matter and can prove crucial to our view of the universe,” the body said.” (Japan Times)

Does this increasingly  large amount of Nobel prizes in Science (Physics, Chemistry) tell something about Innovation or Research in Japan? What do you think?

With 18.8 billions JPY spent on R & D in 2008, that is, 3.8% of its GDP, Japan definitely wants to be an innovating country, trendsetter in Asia and in the world. With its record number of patents, this country has been the source of breakthroughs in various industries, like Automotive, Electronics, Telecoms, Automation and Robotics, among others. Having recognized the importance of Science and Technology, its government has strengthened in the 90s its support to technological innovation by funding fundamental research as well as key applied research projects. In 2013, what is the situation? Plagued with major structural problems, is Japan still an innovative country? What are the successes and mistakes of the Japanese example? What are the challenges and priorities? What lessons can we learn?

(article translated in English from French)

Is Japan still Innovative ? What do you think ? 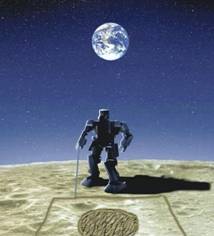 Paper in French on Innovation in Japan: