“ANA Holdings and Honda Aircraft Company announced that they have signed a Memorandum of Understanding (MoU) for a strategic partnership supporting the expansion of the business jet market around the globe by using Honda Aircraft’s technologically advanced HondaJet.

ANA, which currently operates about 260 commercial airplanes throughout the world, will introduce current business jet users and its commercial flight customers to the HondaJet by maximizing the utilization of the aircraft. ANA will use the HondaJet for its charter and feeder flights connecting them to the existing broad network at major travel hubs in North America and Europe.” 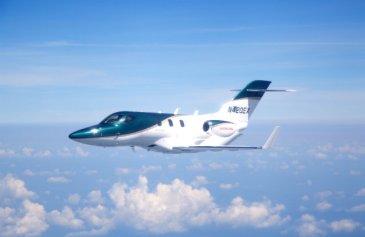 Greensboro, North Carolina-based Honda Aircraft has been pursuing certification of the light jet for more than 12 years. The original HA-420 prototype completed first flight in 2003 but flight testing prompted Honda to redesign and enlarge the aircraft’s engine. A partnership with GE Aviation produced the HF120 turbofan.

Honda Aircraft chief executive Michimasa Fujino announced at the NBAA convention in November that the HA-420 had also completed functional and reliability testing, ending the flight test phase of the certification campaign.” (Flightglobal)

Great news but when will we see some “action” in Europe? Looking forward to that!

What do you think?

Aerospace industry financial data from 2014 underscores the obvious: this industry is riding a decade-long growth wave. Our analysis, compiled by the aerospace experts at PwC, shows that, barring a wobble during the darkest days of the financial crisis, makers of aircraft and their suppliers mostly sloughed off the downturn and then surged during an otherwise weak recovery. Indeed, aerospace can be said to be enjoying an economic super-cycle.

All-time sales records have fallen two years running, and growth is pushing double digits. The big two, Boeing and Airbus, are delivering aircraft, and taking orders, at rates that would have gobsmacked industry bosses 15 years ago – validating, it would seem, long-range demand forecasts that are giving today’s aerospace leaders the confidence to invest.

Can it go on? The optimistic assumption has long been that rising wealth in emerging markets is translating into a demand for travel that will endure – and aerospace growth has been outpacing world GDP for years.

But Brazil and India are on the buffers. Russia is suffering and only a fool would assume that a Chinese crisis – and hence, quite possibly, a global crisis – is out of the question. The slump in oil prices takes the urgency out of replacing ageing, relatively thirsty, aircraft fleets. And turmoil in the Middle East might lead US and European governments to boost defence spending, but the net effect of conflict would surely be negative.

But as many an industry insider has noted, even if half the orderbook evaporated, the aerospace industry would still be in fine shape.

What is your vision or forecasts for the future of the Aerospace Industry? What do you think?

More about the first, second and third MRJ Test Flights !!

“At 9:35 a.m. on November 11, the first flight test aircraft of the MRJ approached takeoff speed, easing up slowly at first, then quietly soared into the autumn sky. After its takeoff at Nagoya Airport, it proceeded to training airspace over the Pacific, with a view of Mt. Fuji in the distance. Tests confirmed the aircraft’s basic characteristics in maneuvers including ascent, descent and circling left and right. The first flight test aircraft reached a maximum altitude of 15,000ft (approx. 4,500m) and a maximum speed of 150Kt (approx. 280Km/h).

It landed at Nagoya Airport at 11:02 a.m., completing a successful first flight lasting 1 hr., 27 min. Cheers of delight and relief were heard from officials looking on from a gathering area by the runway and engineers standing ready in our office to handle possible contingencies, as well as from crowds of people watching from parks and other locations in the vicinity.

For us, for Japan, and for the worldwide aviation industry, November 11, 2015, will go down as a historic day. This test accomplished the first flight of a domestically-developed passenger airliner since the YS-11 53 years ago.

Japan is going to the Moon!!

a Japanese Robot on the Moon?

Japan is going to the Moon!!   and

Maido-kun humanoid robot to the moon

We need an update on the status of the Maido-kun project (a humanoid robot to be developed by SOHLA in Higashi-Osaka) but JAXA is definitely targeting the Moon!  Which wonders will Japanese fine precision technologies deliver? What do you think?

“The First Flight Schedule of MRJ

In implementing the flight test, utmost priority will be given to safety.The flight schedule is subject to change if deemed necessary due to conditions relating to the aircraft, weather, etc.”

Live webcast is scheduled at the following sites, to show takeoff and landing on the day of the first flight:
Website URL: www.flythemrj.com
Live webcast (USTREAM): http://www.ustream.tv/channel/NtahYVsFWxG

Looking forward to seeing that!

“The 1st flight test aircraft of the MRJ started mid-speed taxiing tests on the runway of the Nagoya Airport (Toyoyama-cho, Aichi Prefecture) in early October to confirm braking and direction control steering.

The MRJ gained flight approval on October 29 following the pre-flight review board by the Ministry of Land, Infrastructure, Transport and Tourism.

We wish the best to the MRJ Team for the first flight, which might take place soon, in Novembre!

We will keep you informed! Stay tuned! 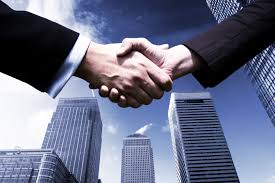 “Europe Japan Industrial Relations 2015 – working together for a better future”

GBMC has just released a new publication, which we would like to submit to your attention.  (Constructive) comments are welcome!

Please do not consider this as “spam”, as you do not have to buy anything (but, of course, you are welcome to)  and as there is a free sample available (13 Interviews) for your reading!!!

“Europe Japan Industrial Relations 2015 – working together for a better future”

“The SES project has featured major changes over the last year. Perspectives from major players around the industry provide an in-depth look at this herculean effort to bring the technologically progressed air transportation system that the Eurozone needs to manage the existing and projected growth in air travel.” (Avionics Magazine)