Panasonic is moving its EU headquarters to Amsterdam ahead of Brexit

“We cannot wait”: Panasonic is moving its EU headquarters to Amsterdam ahead of Brexit” tells us Panasonic Europe’s CEO Laurent Abadie. We have been studying this for almost one year, and evaluating everything, and then we decided a few months ago to move forward. He added that the company had examined potential tax issues, as well as its ability to move goods and capital, before deciding that it had to move.

Abadie added that, for many Japanese companies, the UK has long served as an entry door to the European market. “After Brexit, the UK cannot be the entry door to Europe any more, that’s a fact.”   (Quarz)

“With a planned production rate of 500,000 cars per year in the latter half of this decade, Tesla alone will require today’s entire worldwide production of lithium ion batteries. The Tesla Gigafactory was born of necessity and will supply enough batteries to support our projected vehicle demand.

Tesla broke ground on the Gigafactory in June 2014 outside Sparks, Nevada, and we expect to begin cell production in 2017. By 2020, the Gigafactory will reach full capacity and produce more lithium ion batteries annually than were produced worldwide in 2013.

In cooperation with Panasonic and other strategic partners, the Gigafactory will produce batteries for significantly less cost using economies of scale, innovative manufacturing, reduction of waste, and the simple optimization of locating most manufacturing process under one roof. We expect to drive down the per kilowatt hour (kWh) cost of our battery pack by more than 30 percent. The Gigafactory will also be powered by renewable energy sources, with the goal of achieving net zero energy.

Great Project and Vision! Congratulations to both Tesla and Matsushita (PANASONIC) for this “environment-friendly” business plan!!

The Osaka-based company will end production at its sole liquid crystal display plant in the city of Himeji, Hyogo Prefecture, by the end of September, as it expects no improvement in its profitability.

Although Panasonic will halt TV panel production, it will continue making LCD TVs using panels procured from manufacturers in South Korea and elsewhere, the sources said.

Meanwhile, Panasonic will continue producing LCD panels for other purposes and bolster the LCD businesses for vehicles and medical devices, where growth is expected.”  (Japan Times)

Another blow for Audio-Video & Electronics Manufacturing in Japan! Is this a business of the past? What do you think?

Is SHARP in Danger? 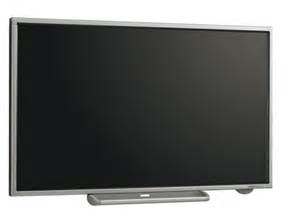 “The maker of screens for Apple Inc.’s iPhones posted a loss of ¥83.6 billion in the six months ended September as the Chinese smartphone market slowed. Display sales dropped 15 percent.

Sharp has trudged from one crisis to another over the last four years after lower-cost Asian rivals undercut its core business making liquid-crystal display TVs. Banks accepted shares in the company earlier this year after it defaulted on debt payments, and it remains dependent on its main lenders Mizuho Financial Group Inc. and Mitsubishi UFJ Financial Group Inc. for survival.

“The problem with Sharp is it doesn’t have a core business with which it can look to the future,” said Mana Nakazora, the chief credit analyst in Tokyo at BNP Paribas SA. “All it can do is shrink its operations further.” (The Japan Times)

Is exiting or spinning off Audio-Video/Electronics/SemiCon/Display businesses, together with diversifying into other/new business domains, the only option left to Japanese Manufacturers? What do you think?

“Fujisawa” or PANASONIC’s take on a green town 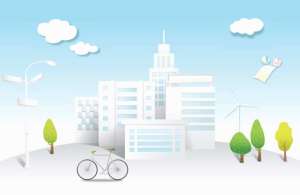 Japan is investing in a greener future, and electronics giant Panasonic is leading the way with its ‘smart town’, called Fujisawa.

The environmentally-friendly town was launched at the tail end of last year and, since then, the houses have been occupied with residents who are all keen to do their bit for the environment.

Fujisawa’s price tag is around £320 million. The town will have 1,000 solar-powered homes, along with electric cars and bikes that can be used by the community.

Around 3,000 residents are expected to move in by 2018. Alongside being eco-friendly, the project has also been carefully engineered to protect it against natural disasters. 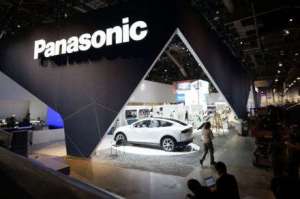 Great News: PANASONIC is back and making profits, after heavy restructuration and diversification into non-Consumer Goods Business! Congratulations!

What a pity! When introduced 15 years ago, PDP was the “future” in terms of TV Display, featuring a superior image quality!

Times have changed and Japanese Electronics Giants have to constantly change/restructure/reorganize!