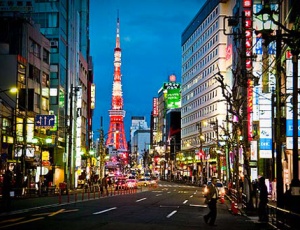 “The government said it expects the recently sealed Trans-Pacific Partnership trade pact to boost gross domestic product by ¥13.6 trillion or 2.59 percent from fiscal 2014 in its first estimate since the deal was struck in October.

Growth will be driven by exports and investment is to be facilitated by the removal or lowering of tariffs and unified international rules under the 12-nation free trade initiative.

While the expected growth will create 795,000 new jobs, or 1.25 percent of the 63.6 million-strong workforce in fiscal 2014, the trade pact will cause a ¥130 billion loss to the agriculture, forestry and fishery sector. This will become a mere ¥210 billion in size through competition with cheaper imports.

The government declined to clarify when the economic growth would be achieved. A government official said it usually takes one or two decades to create such an economic impact.

The free trade zone will cover 40 percent of the global economy.

The government will remove tariffs on 95.1 percent of imported products under the trade framework, as duties on some sensitive farm products will be maintained.

The pact is expected to take effect within about two years, Akira Amari, the Japanese minister in charge of the TPP, said last month. It requires ratification by member countries.

Meanwhile, there are many reasons why the forecasts may not bear out. The estimate is based on a future virtuous circle of economic growth and does not reflect the current economic environment.”    (Japan Times)

Will this deal deliver on the expected benefits/forecasts for each member country?

Will it be ratified by each country (including the US)?

What about China’s position vs TPP?

What do you think?

This site uses Akismet to reduce spam. Learn how your comment data is processed.