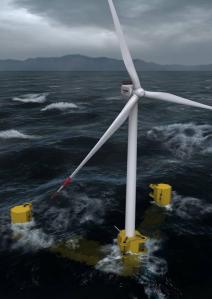 Or also check our Report:

Wind Turbines Tech: are we witnessing a race for (Electric) Power? 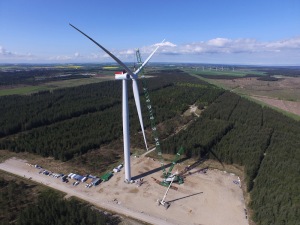 “Siemens has for some time been known to have its sights on developing the next generation of wind turbines — a class of platforms rated to 10 MW and above. But as a new manufacturing plant takes shape, the company’s management has begun speaking more openly on activities geared towards those objectives.

Siemens recently signed off on a new German factory that will produce its flagship 7 MW offshore turbine. The new manufacturing plant is slated to begin production in mid-2017 and will be tasked with assembling generators, hubs, and nacelle backends together into complete nacelles — the working body of wind turbines to which blades are connected.”     (Clean Technica)

The bigger the turbines, the bigger the environmental (noise) issues? What about integrating these giants in our landscapes? Maybe, using many smaller turbines instead might be more environment-friendly? What do you think?